MINERVA is set to release on Monday! 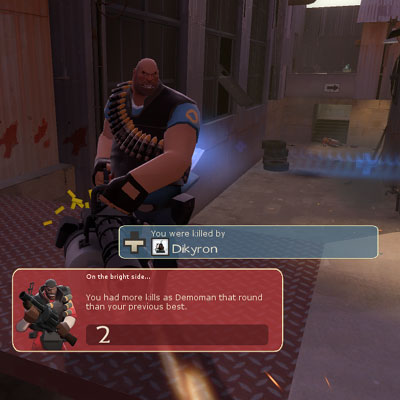 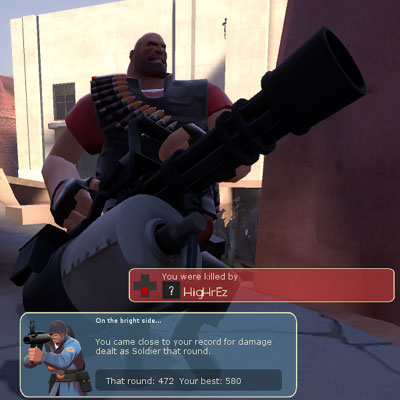 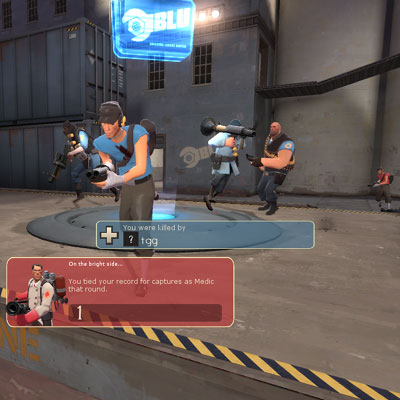 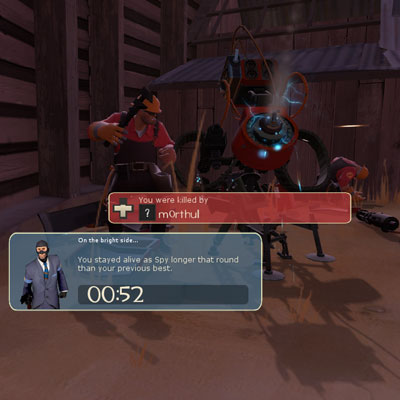 Well, my birthday LAN party is over, and it was really awesome! I got Supreme Commander from Walter, which is awesome, and lots of cash from everyone else. Thanks, Walter! Thanks, everyone else! (Pat, Brad, Greg, and Tom) 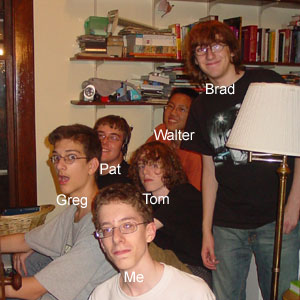 Here’s everyone, with names below faces. 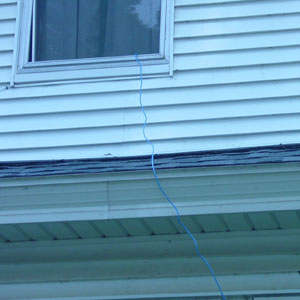 We had to resort to unorthodox methods to get the internet downstairs to so many people at once. I had to climb behind the bushes to get the cable into the first floor window, and got covered in leaves in the process.

We played Starcraft, the Hidden, and to a lesser degree Counter-Strike: Source. Brad and Greg came for a few hours… It would have been nice if they could have stayed for longer, but considering Greg lives in Illinois, we were lucky that he was in town. It was nice to have Brad to hand us our… rear ends (Mom’s watching me type) … in Hidden.

I’ve found another very interesting Half-Life 2 mod. It’s very stressful to play. My mouse is COATED with sweat after even a short playing session.

The premise, in the default gamemode anyway, is that one team of up to eight players tries to gun down one, nearly invisible monster that can jump long distances, climb and cling to walls (for a short while), and drop bombs. This “hidden” player is usually the one that last killed the previous hidden, and the player in that position is chosen randomly when needed. It’s surprisingly balanced, as the hidden is only visible when moving, and even then only slightly. All the IRIS (people with guns) team members will see see is a slight shimmer, a distortion moving towards them… then WHAM! Knife in the skull. Hitting the hidden player is based more on a feel for it than sight. The hidden can also pick up and throw objects and bodies, which can be used to scare, hurt, or creep out the IRIS team. It’s also possible for the hidden to nail bodies to the wall, and to feed off of properly-killed corpses. If the bodies are obliterated, then no feeding. The hidden can also activate, for a short time, their Aura Perception ability, which allows them to see through walls to an extent, as well as see players as energy that is color-coded to their health levels.

PS: This is a cool bird!

Summer’s coming along quite nicely. It isn’t too hot, I’m not too busy, and I finally have free time to play World of Warcraft until it comes out my ears and I continue hearing sound effects even when not playing. My main, Zrynth, a frost spec mage on Onyxia, is level 51. I have a few level 14 alts. A holy spec undead priest, an undead rogue, a lower-level hunter, and there may be some others I’m forgetting.

Camp CAEN is in two weeks, and I’m preparing. This will include labelling my stuff, and getting a gigabit switch and ethernet card to be able to squeeze extra megabits out of that lovely U of M backbone. ^^ I’m thinking that once I get the switch I’m going host a LAN party. I think I’ll need more Cat 5. : \

As far as Counter-Strike Source goes, mapping is still enjoyable. The current map my buddies and I are playing on was originally made by Walter, and then I have tweaked, improved, and added details to it, such as environmental lighting. We’re using it to run around in circles while gunning down mass amounts of knife-only bots. Entertaining.

I also got the Logitech G5 gaming mouse. LAZOR MOUSE! PEW PEW! (laser sounds) It’s pretty sweet. Really accurate, and it has these buttons to adjust sensitivity right on the mouse! Nice for transitioning from sniping to swirling without having to go to a menu.

I’ve also started playing Frets on Fire, which is a nice offline time-waster. War of the Servers also “spawned” yesterday.

Blizzard announced in South Korea today that StarCraft II is in development! There are many new units, especially for Protoss, and Terrans seem to have not gotten all too many upgrades, but the video did focus on Protoss.

Part one, two, and three.

One is MindScape, which is a simple platformer, but if you walk up against a wall, or fall toward it, your gravity will orient as though that surface were the ground. It’s nifty. You can play MindScape here.

The second is the aptly-named Gravity Game. It, too, is kind of a platformer, and also uses gravity as a gameplay element, but is more of a puzzle game than MindScape, which isn’t too difficult. In the Gravity Game, you are a small circle, and your gravity, falling speed, ect change based on what color you are. You change your color by hitting color beacon-things, and your goal is to navigate these clever mazes to obtain these light-post things called Spindals. Gravity Game found here. (I’d recommend this one)

Here and here, in no particular order.

Dystopia v1 has released! This has been the first update in about 3 years! It improves upon the previous versions with more weapons and more features in Cyberspace, as well as more implants. Of course, this makes it all the more confusing at first, but all the more immersive once it is understood.

In other news, here’s a cute little animation. Clicky.