My cat is usually waiting at the door when I come home. I hoped he wasn’t waiting there long, so I set up a time lapse to find out. Initially I tried an old webcam connected to my Linux server with a script to periodically capture an image, but that failed after 4 hours. The kernel logged something about video URB and UVC probe control. (Not USB. Dunno what it was. Didn’t care to find out.) Continually connecting and disconnecting from the camera probably isn’t the friendliest of use cases for a video subsystem.

What I ended up doing was using the built-in Windows 10 camera application, which I was happy to discover supports time lapse. I used it to save images at 5 second intervals. In contrast with my hack using the other webcam, this application continually captures images, meaning the camera stays active, and it only saves them at the interval. The first time I tried it the camera captured fine until I got home, but I got home late enough that it was too dark to see the cat anymore. Today I got home early enough to find this sequence right before I got home: 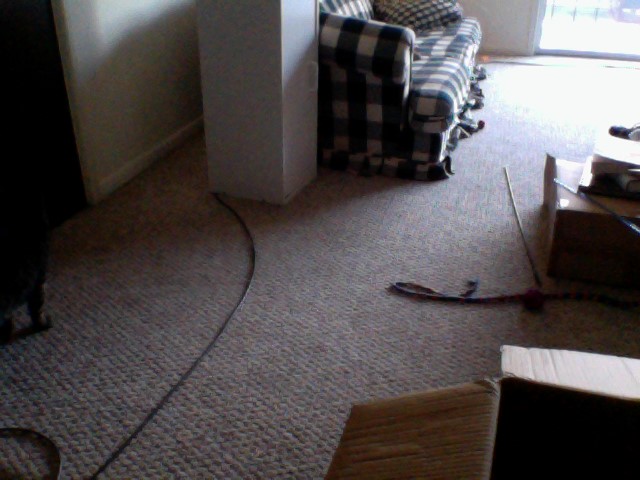 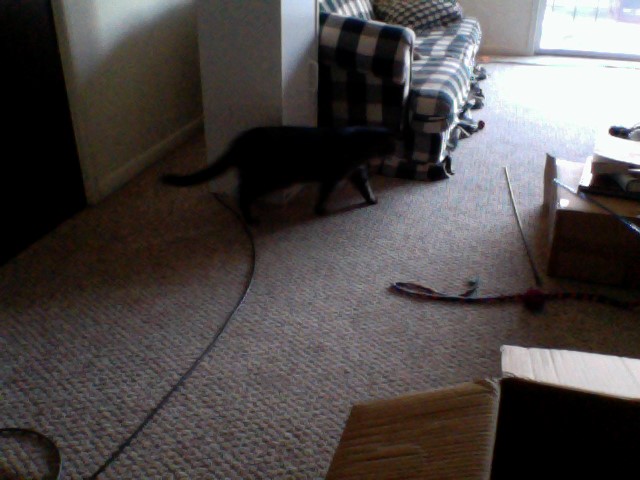 He enters from the left of frame. Either behind the camera or below its field of view, perhaps eating food from his bowl there. 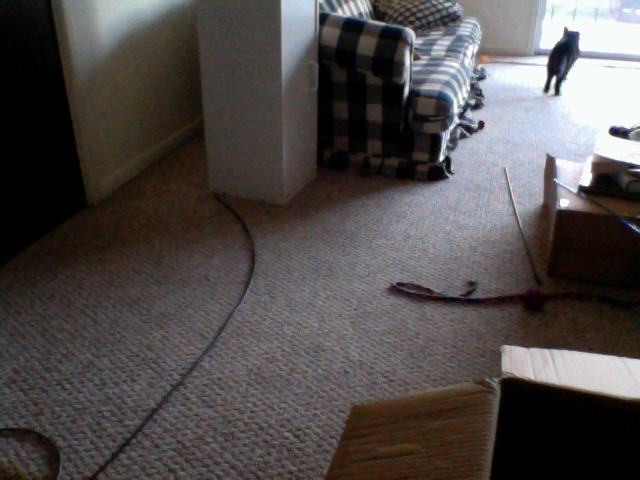 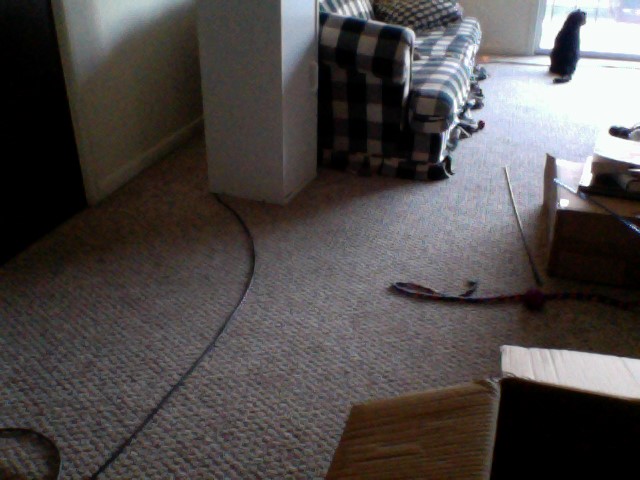 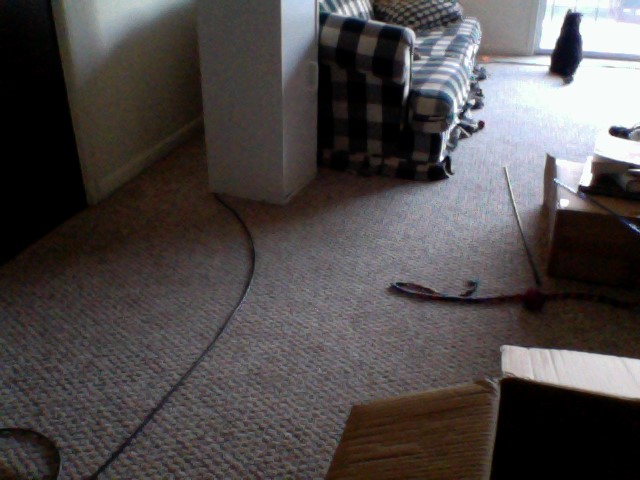 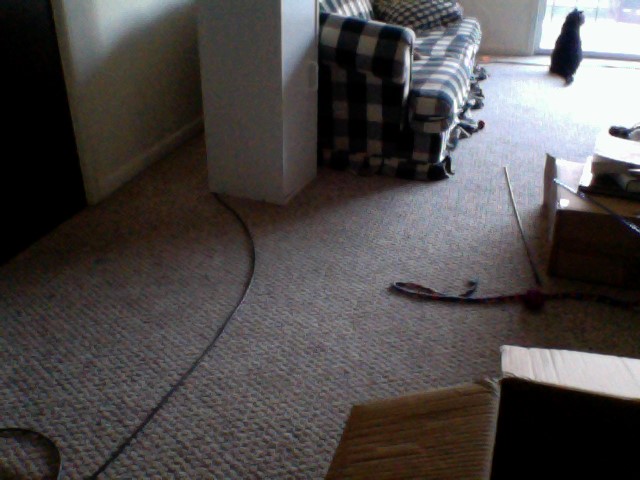 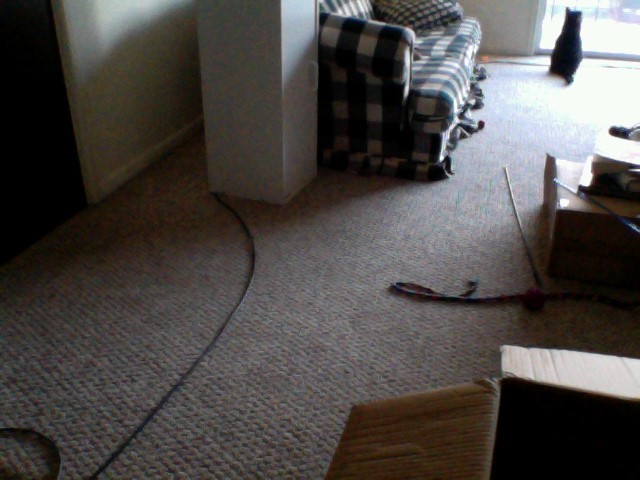 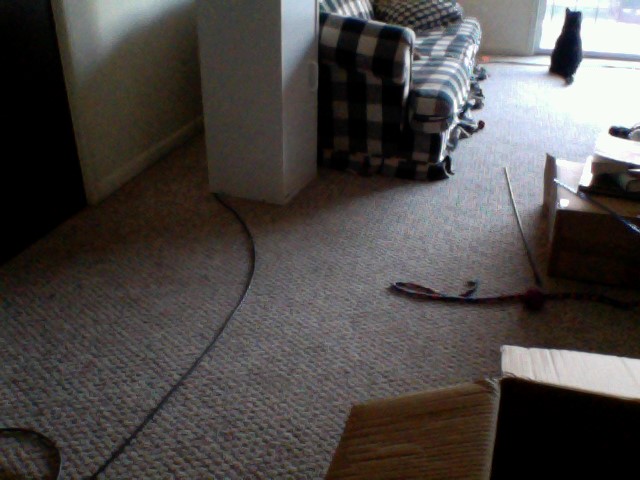 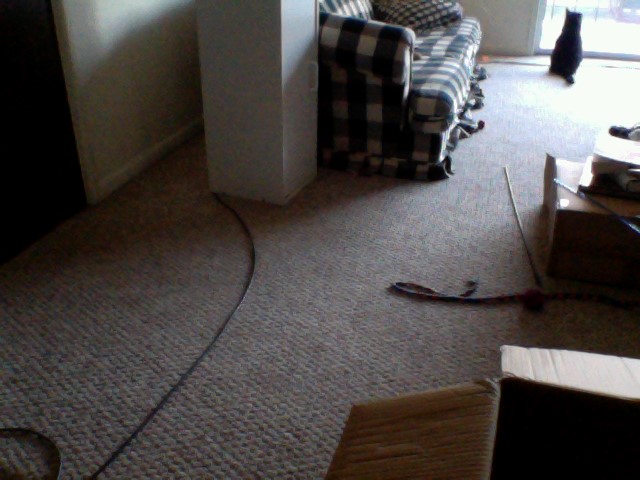 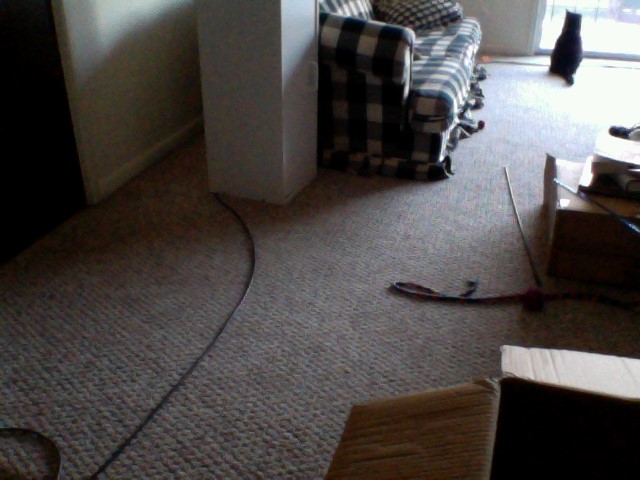 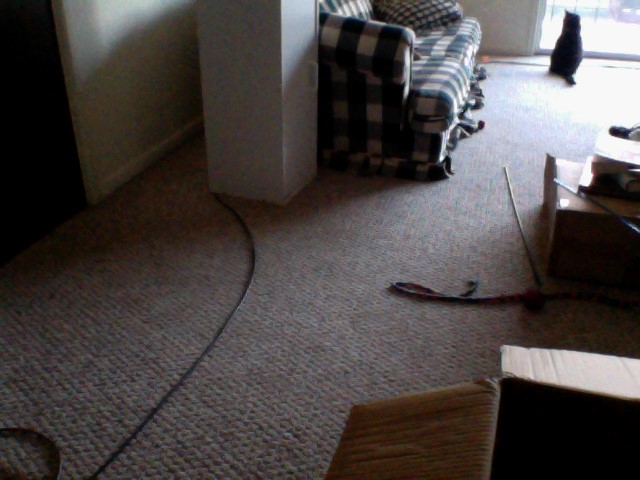 He looks out the window for close to a minute. Judging by the timing this was just before and as I was parking (visible from his position) and walking up to the building. He then waits at the door for about 20 seconds: Then I greet him and turn off the capture: A fun experiment! It resulted in 1.3 GiB of JPEGs. I wonder what cues he has learned for my arrival. The stairs up to the second floor squeak so I assume he notices that at least. Earlier on he was on the couch looking around, and at the window looking around. This sequence here was just the last few minutes. He certainly didn’t seem to be actively waiting for long, which I’m glad to see.

One Reply to “Cat Time Lapse”